A downloadable game for Windows

I am really happy that finally I can announce the latest release of the SRPG Engine MV. I am really sorry it takes more than one year for this new release.

This release compiles the changes and features added since the release of Demo version v1.18 one year ago. I can made it so far because of contribution from many people, such as Dr. Q,  Takeshi Sunagawa, Estriole, and for everyone who give donation to this project which make it possible for me to add most of the features here.

I hope that these additional features can make SRPG even more interesting to use.

The following are the changes that have been made:

Thanks to Dr Q's contribution, finally the On Map battle feature was realized. On Map battles have advantages, where the gameplay will feel faster because you don't need to repeatedly enter the Sideview battle scene.

Thanks to the close cooperation with Mr. Takeshi Sunagawa, we finally managed to integrate DynamicAnimationMap and DynamicMotionMap into the SRPG battle. DynamicAnimation and DynamicMotion are the work of master Takeshi Sunagawa that let you perform action sequences on Sideview Battle and Mapview Battle using the same notes. You can find more about DynamicAction in other Forum Topics made by me. a) MV version, b) MZ version

By adopting the EST_STRATEGY_MOUSE_CAM.js plugin by Estrole, finally the features I planned since one year ago can be realized today. You can control SRPG games without using the keyboard at all.

In this demo, some of the User Interface components in SRPG Battle are adjusted so that the SRPG Battle looks more unique and fresh to its users.

Some plugins that are not classified as free software (based on the FSF definition) we released from this Demo. This is to make sure you can use this Demo as a template without worrying about legality issues. Of course you can go back to adding any plugins you like.

A number of improvements have also been added to this Demo. We thank the contributors and plugin builders who allowed us to add features to this SRPG Demo.

In this release I make  2  bundle that you can download:

In addition, I plan to add a section about "Game that use SRPG" on the RPG Maker English Forum  to find out who have used the SRPG so far and help you promote your project.

I hope that you really like this release. Please support us either by contributing your code to this project directly or by giving your donation.

Thank you for your support and Happy SRPG Making! (^_^) 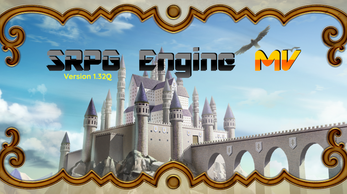